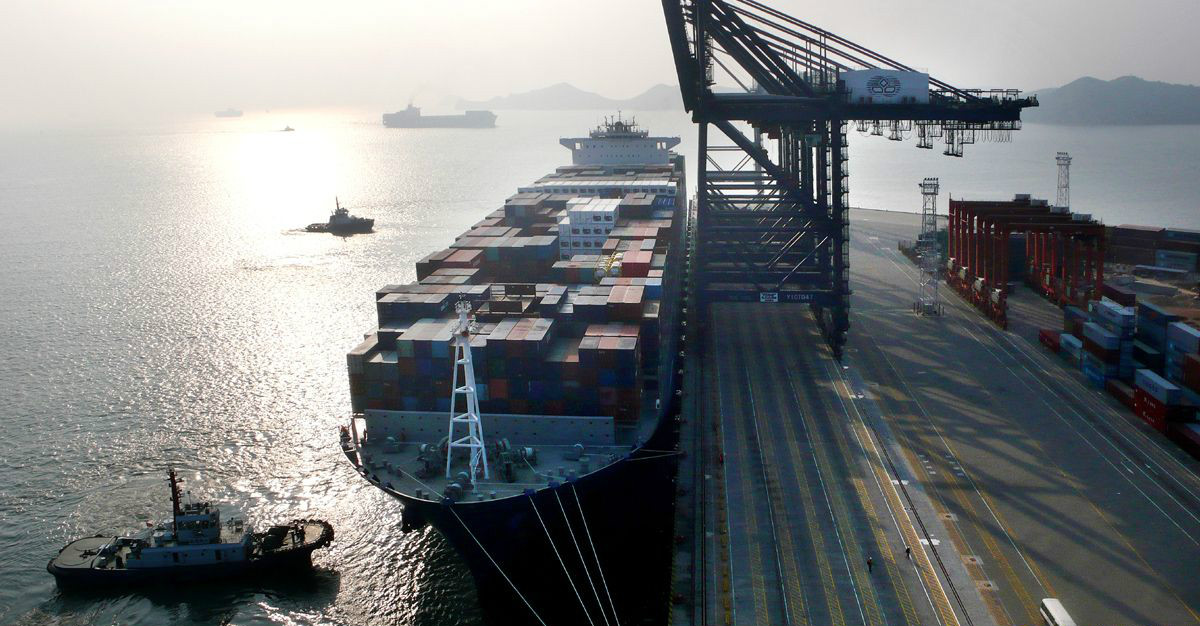 Maersk shipping container business in the third quarter loss of $ 116 million, up to fly the ship in the third quarter net loss of $ 268 million … … in this bunch of bloody figures behind the head of Danish Copenhagen, Ocean Information Consulting CEO Lars Jensen that the existing Downsizing is not enough – according to the advisory body estimates that in order to achieve profitability, the global industry needs to further improve the efficiency of the industry, and this “efficiency” to pay the land on the layoffs of about 31,000 a heavy price!

In last week’s “Ocean Focus on Sunday,” Jensen declared that the effectiveness of Liner’s land-based jobs had improved effectively over the past year, but there was still a long way to go to reap the benefits of profitability.

The study shows that the liner company size and employee efficiency is not a strong positive correlation, so the shipping company’s competitiveness should rely on the optimization of process management rather than fleet size and logistics node laying.

German shipping company Hapag-Lloyd received a net profit of $ 9 million and EBIT of $ 73 million in the third quarter of this year against the backdrop of anticipated overall losses of over $ 10 billion this year, in line with Maersk Line’s Container business in the third quarter net loss of 116 million US dollars, EBIT reported -1.53 ​​billion US dollars in stark contrast. Then Hapag-Lloyd is what the level of repression in the profitability of the scale effect will be interpreted to the extreme Maersk Line?

Hapag-Lloyd’s transportation volume increased by about 4.6% in the third quarter, with actual ship utilization rising by 3.9%, with the marginal effect of 0.7%. At the same time, the size of the operation of the fleet but reduced by about 5.4%, which in turn pushed up the utilization rate of about 10 percentage points. Together with the above factors, the productivity of Hapag-Lloyd in the third quarter increased by about 5.7%, based on the TEU of each non-seafarer’s employees.

Hapag-Lloyd is currently a typical case of ECO, because its second and third quarter, “profitability” of the net profit of 9 million US dollars in a relatively low – no profit blowout, which is the contrarian profit reasons The perfect time. And according to Hapag-Lloyd’s efficiency model, global liners would need to cut about 31,000 land jobs if they wanted to achieve the same efficiency gains as Hapag-Lloyd!

In addition, it should be noted that, although the size of the liner company may not bring any real profits, but inadvertently opened the layoffs window.

A quarterly net loss of $ 268 million, the first September loss of $ 496 million in the CMA CGM, in fact, in its whale swallowed the Oriental Sea King on the scale of the road, its financial status quo rather the latter impact – the third quarter Oriental Orient CMA CG “contributed” about $ 66 million in losses.

CMA CGM will be inclined to the current predicament? It is expected that the integration of CMA CGM and Oriental Neptune will be completed in April next year, when the “Marine Alliance” takes effect. In addition, CMA CGM will be able to ride the wind and waves together with the other three partners. The staff in the category department will be streamlined. In other words, the merger is completed 1 +1 <2 inequality, in the final analysis, that is the same capacity by fewer employees to conduct operational management.

Correspondingly, the new company formed by Nippon Yusen, Mitsui, and Kawasaki Kisen’s three Japanese shipping companies is also moving slowly towards us – we expect more attention to scale, profits in 2017 Outside the efficiency factor to the consolidation of the overall health of the impact.

The question is whether the recovery in the consolidation industry needs to be based on staffing. Is it a bit cruel? It is necessary to see that the shipping industry is mushrooming in the emerging service sector (such as shipping electricity providers platform) Of the shipping industry, shipping complex talents, but the prospects for the industry is not yet clear under the premise of similar plate viability and geometry? The existence of the actual level of the already stratified profit margins have been thin. In view of this, the liner companies to enhance the efficiency of not only the fate of the consolidation industry, while related to the livelihood of the downstream industry chain and development … …