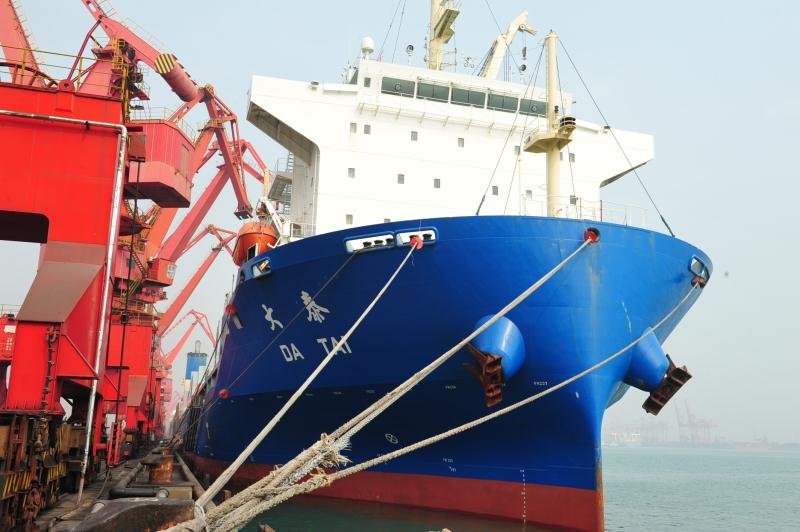 The Arctic Channel is the shortest sea route connecting the three economic circles of Northeast Asia, Europe and North America. In recent years, with the continuous changes in global temperature, the strategic value of the Arctic Channel has become increasingly prominent and the commercial value is getting higher and higher. Since the establishment of Shandong Port Group, it has actively implemented the “One Belt and One Road” initiative, seized the opportunity of “Ice Silk Road” construction, actively docked COSCO Shipping, and developed the Arctic Northeast Passage, successfully promoting the special transportation of COSCO Shipping—Shandong Province The opening of the port group’s Arctic route.

The petroleum coke loaded by the “Datai” round is the first time the Arctic route carries the cargo, which is of great significance for enriching the supply of Arctic routes. Petroleum coke is an important supporting cargo of Rizhao Port of Shandong Port Group. Since 2017, Rizhao Port has been the first in the country for the second consecutive year. It is expected to become the first domestic throughput of 2 million in 2019. Tons of petroleum coke transit port.

Rizhao Port’s petroleum coke business is mainly based on the United States, Russia and Canada. The opening of the Arctic route provides a faster transportation route for the petroleum coke customers in Russia. Compared with the traditional Suez Canal route, each voyage can be shortened by about 10 days, which further enhances the market share of Russian imported petroleum coke and consolidates the sunshine. The status of Hong Kong Petroleum Co., the first transit port, has promoted the trade between the two countries.

In the next step, Rizhao Port actively integrates into the construction of the “Belt and Road” and “Ice Silk Road”, promotes port transformation and upgrading, expands the service development platform, and builds a world-class ocean port, promoting the construction of “two-way mutual benefit, land and sea The open pattern of “linkage” has formed a greater contribution to the opening of a new highland in the province.