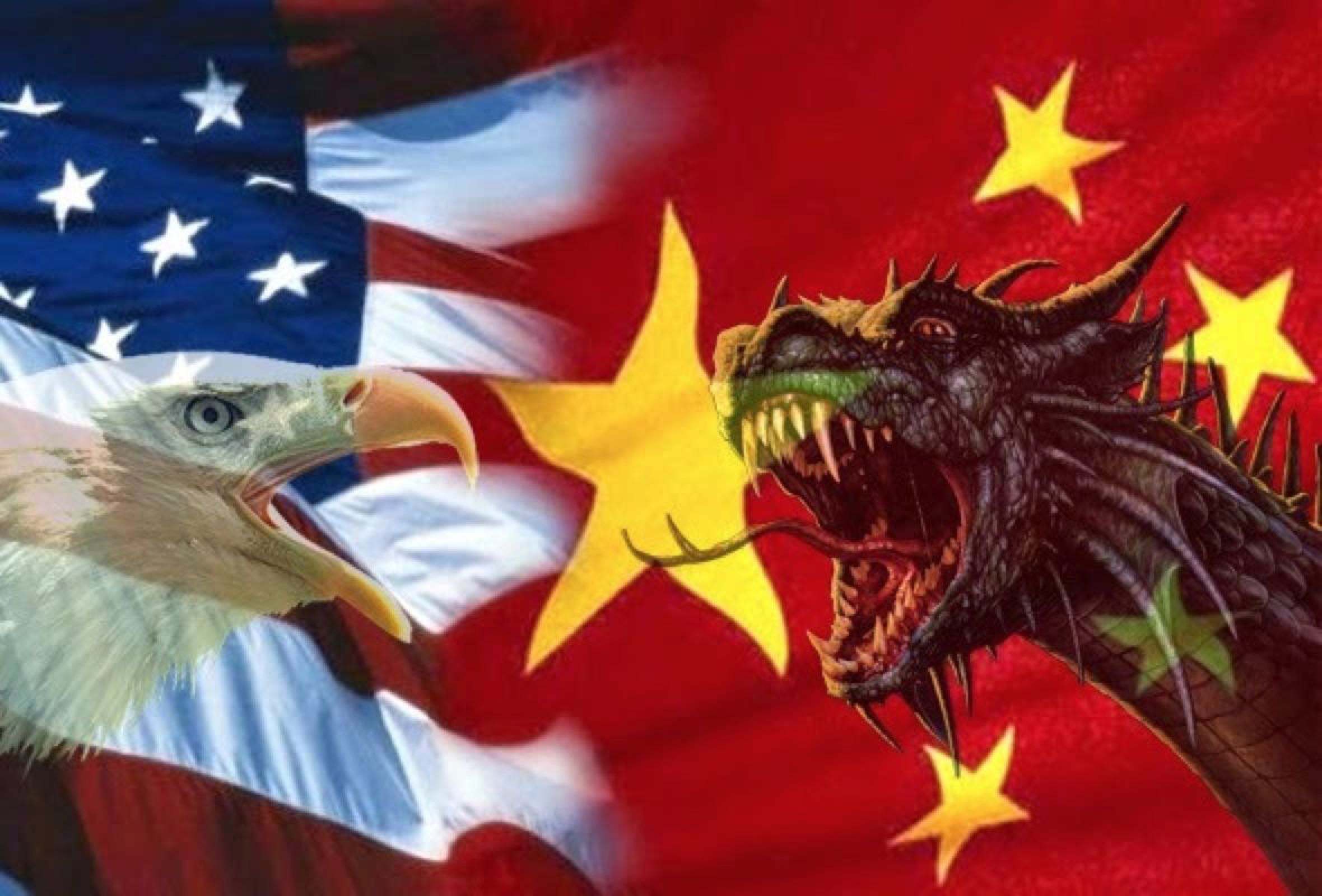 China News Service, April 9th ​​According to the National Development and Reform Commission, trade frictions between China and the United States have continued to escalate. Wang Changlin, executive deputy director of the Institute of Macroeconomic Research of the National Development and Reform Commission, said in a comprehensive analysis that Sino-U.S. trade friction will have an impact on the Chinese economy. It will have some impact, but the overall impact is not great.

Recently, trade frictions between China and the United States continued to escalate. On April 4, the Office of the U.S. Trade Representative announced a list of Chinese goods for which a tariff of 25% will be imposed, involving about US$50 billion worth of goods exported to the United States every year, including machinery and equipment, electronic information, pharmaceutical chemicals, and aerospace. Approximately 1333 products. In order to counter the US trade protectionism, the Customs Tariff Commission of the State Council decided on the same day to impose a tariff of 25% on 14 categories of 106 items such as soybeans, automobiles, and chemical products originating in the United States.

Wang Changlin said that because the Chinese economy is currently stable and stable and its long-term stability is good, the market has plenty of room for manoeuvre, strong development momentum and strong resilience. China-US trade friction will have a certain impact on the Chinese economy, but the overall impact is small. Interpretation as follows:

– Limited impact on employment in China. At present, China’s economy has shown a steady trend towards a positive trend, structural reforms on the supply side have advanced further, and domestic demand has expanded steadily, laying a solid material foundation for responding to trade frictions between China and the United States. The US$50 billion involved in the US “301 survey” accounted for only 11.6% of China’s exports to the United States in 2017 and 2.2% of China’s total exports. According to preliminary estimates, even if 50 billion U.S. dollars of export commodities have declined and the impact on economic growth has been less than 0.1 percentage point, China can achieve the expected target of 6.5% economic growth and more than 11 million new jobs in urban areas. The rate is within 5.5% of the target. On the one hand, the scale of the net reduction in direct employment caused by Sino-US trade friction is limited and the risk is completely controllable. Non-labor-intensive industries such as machinery and equipment, pharmaceuticals, and steel and non-ferrous metals are not part of the labor-intensive industry. The slight decline in exports of some enterprises to the United States will not cause large-scale layoffs. At the same time, taking into account that some of the export commodities can be turned to other countries or the domestic market, the actual impact of jobs will be even smaller. On the other hand, China’s job market is vast. In recent years, new technologies, new products, new formats, and new models have flourished in China, and the proportion of service industries in economic growth has continued to increase, and the ability of economic growth to promote employment has increased significantly. At the same time, the accelerating process of China’s urbanization and the promotion of the strategy of rejuvenating the country also provide a broad market space for the employment of the labor force.

– The impact on Chinese prices is controllable. In general, China imposes tariffs on imported agricultural and sideline products such as soybeans and pork, which have relatively limited impact on domestic CPI. In recent years, China’s largest import of agricultural products from the United States is soybeans, with import values ​​ranging from US$130 billion to US$16 billion, accounting for about 60% of the total agricultural imports from the United States. From the perspective of the industry chain, soybeans mainly affect the CPI by affecting the prices of fats, feeds, and soy products. At present, domestic oil supplies are relatively abundant. Although the price of soyoil will increase after tariffs are imposed, palm oil and other high yields will play a substitutive effect, and the overall price of oil will remain low. For feed, the proportion of soybean meal in feed is relatively small. The recent decline in pork prices has led to a further reduction in the amount of soybean meal. In the future, even if the price of soybean meal increases, the impact on meat prices will be relatively limited. For bean products, the weight of food-based CPI is smaller, and the impact is even more limited. According to preliminary estimates, assuming that soybean prices will rise by 25%, it will raise the domestic CPI by about 0.25 percentage points, and be amortized throughout the year. It is expected that the CPI fluctuation center will remain at 2.4%, still within the regulatory target of 3%. Further consider the substitution effects of agricultural and sideline products in other countries on imports from the United States. The countermeasures imposed by China on tariffs imposed on soybeans, pork, etc. in the United States will have a lower impact on domestic price levels. On the contrary, China’s choice of soybeans to counter the Trump administration will have a greater impact on the U.S. economy. The Chinese research shows that if China chooses to completely ban the import of US soybeans, it will be difficult for other countries to replace China’s demand, which will lead to a US$12.9 billion reduction in domestic value-added in related industries and a reduction in employment of 86,000. From the perspective of PPI, due to the limited scale of steel, aluminum products and chemicals that China directly exports to the United States, the United States imposes tariffs on China’s relevant export products, which has limited impact on PPIs.

– Little impact on the Chinese market. From the perspective of the supply side, the United States imposes a tariff of 25% on China’s 50 billion U.S. dollar export commodities, which will be gradually passed along the industrial chain and the value chain. The final result will be exporters, upstream raw materials, and spare parts suppliers. U.S. purchasers share the burden and will not be fully borne by Chinese companies. In addition, Chinese export enterprises can not only choose to hedge the domestic market and other countries’ export markets, but also have to resolve the source of the company’s inventory cycle. From the demand side, in recent years, as China’s domestic consumer market continues to expand, the demand for high-end products has continued to increase. The US product market that imposes tariffs on China can be partially turned to domestic sales. According to calculations, the total retail sales of consumer goods in China in 2018 is expected to surpass that of the United States for the first time, reaching 40.4 trillion yuan (6.1 trillion US dollars), becoming the largest retail market in the world. From the perspective of the foreign exchange market, the international market does not favor the unilateral trade war that the United States has provoked. The recent weakness of the U.S. dollar index is one example. Considering that the dividends of Trump’s New Deal may be further depleted, and the non-U.S. economies such as the European and U.S. economies continue to recover, the U.S. dollar index will maintain its high probability of declining shocks, which means that there will be some upward pressure on the yuan’s future. However, taking into account positive factors such as stable domestic macroeconomic conditions, continuous improvement of corporate efficiency, and low price levels, it is expected that the RMB exchange rate is expected to maintain bilateral dynamics throughout the year and exchange rate expectations are basically stable. From the perspective of bond market, although the trade war has weakened the U.S. economy in the medium to long term, the Fed is expected to raise interest rates two or three times this year in the face of high short-term inflation. The Chinese bond market will experience a period of high yields. Concussion, the whole year will basically continue the stable operation trend. From the stock market perspective, although the trade disputes provoked by the United States may affect the efficiency of China’s related import and export industries, with the further deepening of structural reforms on the supply side, the domestic economy will maintain a high quality development trend, and the industrial structure will continue to be optimized and consumption upgrades will be promoted smoothly. The continuous increase in corporate profitability will create a good fundamental for the stock market.

Wang Changlin said that in general, China’s economic potential is sufficient and its resilience is strong. There is room for manoeuvre in the market and room for manoeuvre. As long as we conscientiously manage our own affairs, we must not be led by the nose and give full play to our advantages. The requirements for quality development are centered on the construction of a modern economic system, and the reforms and opening up are carried out in a solid and orderly manner, and efforts are being made to stimulate internal livelihoods and dynamics so as to be able to achieve sustained, steady and healthy economic development.