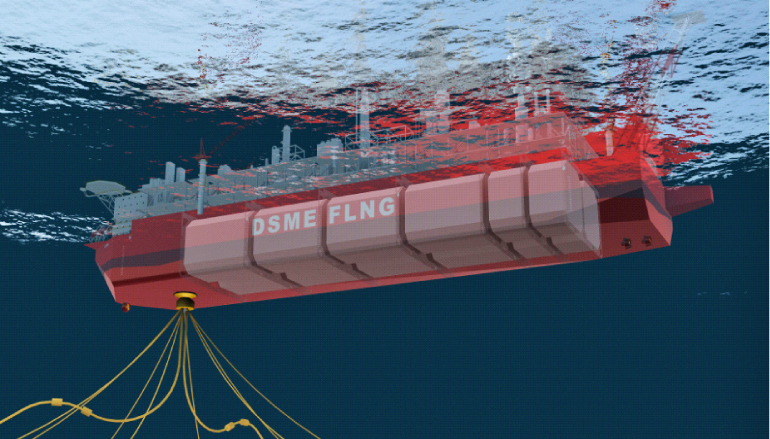 At atmospheric pressure, the liquefaction temperature of natural gas is about -162 degrees Celsius, and the volume of natural gas after liquefaction by means of low temperature and pressure is only 0.17% of the gaseous form. Since the maritime market is in the doldrums, FLNG project investors have become accustomed to this “cold” and “pressure” state. Many of the current FLNG projects are on track, but there are signs of warming in the field.

The figure above shows the current and planned distribution of FLNG by region and status. The vast majority of the FLNG in the “possible” state is a very uncertain plan and will not be started by 2020. Some of these FLNG devices are not intended for specific liquefaction projects, but are planned for construction by a leasing owner who has some experience in the FPSO market.

Before the fall of energy prices in late 2014, there were about 50 FLNG projects in the world with a total liquefaction capacity of more than 150 mpta (20 billion cfd of natural gas). Some of the projects involved in these liquefaction units are already close to the final investment decision phase (FID), which is concentrated in Southeast Asia and Australia (by the Shell “Prelude” ship first FLNG concept birthplace, the ship will have 3.6 Mpta LNG processing capacity). But even before energy prices fell, the drastic cost of these projects has been a worrying aspect. In addition, the current Asian market LNG prices at a low level (due to excess supply) and crude oil prices fell after the market for marine engineering exploration and production of negative emotions further weakened the FLNG market.

Due to the above unfavorable factors, the construction of the “PFLNG Dua” with a handling capacity of 1.5 mpta was completely stagnant. Only the more advanced “PFLNG Satu” (1.2mpta) was delivered in 2016 to the “Kanowit” oil and gas field installed in the Malaysian waters. “Prelude” is still under construction and is scheduled for use in 2018, but the final investment decision and start-up number of the Australian FLNG project has been reduced, and some projects have even been completely stopped.

However, the overall FLNG market in the near future there is a sign of a little recovery, especially in the first quarter of this year to get 2.2 mpta processing capacity of FLNG “Gandria” orders, which is since the third quarter of 2014, the world’s first FLNG Order. The device will be used for the “Fortuna” Phase I project (Equatorial Guinea). In addition, the construction of “FLNG Dua” was resumed in the near future; Eni’s “Coral” project in Mozambique was also considered to be close to the final investment decision stage, which will be accompanied by a 3.4 mpta FLNG; Scarborough (FEED) of a project has also been initiated. However, as mentioned earlier, most of the Australian FLNG projects have been canceled, such as “Crux”, “Cash-Maple” and the most famous “Browse”. $ 30 billion “Browse” project to plan the use of three 4 mtpa FLNG, now plans to use two FPSO.

In the era of low energy prices and pessimistic attitude towards the marine market, many large FLNG installations were planned for the bubble. But the new dynamic gradually emerged, small FLNG (mostly modified) because of its low input and higher project efficiency and gain the favor of the market. The oil and gas fields in the shallow water area of ​​West Africa have gradually become the target area for small, such as 1 mpta FLNG, and the Scarborough project has decided to use a FLMG of 4 mpta instead of 7 mpta. The nearshore FLNG for liquefaction of US shale gas is also underway and the “PortDelfin” project with 13mpta processing capacity is about to enter the final investment decision phase. Nonetheless, many of these projects are highly speculative, and as these speculative FLNGs are deployed in East Africa and other regions, further energy price volatility may cause the FLNG market to heat again.

Obviously FLNG market there is still a risk, and in recent years FLNG has been in a grim situation. But no matter how bleak now, it seems that FLNG field will once again pick up.