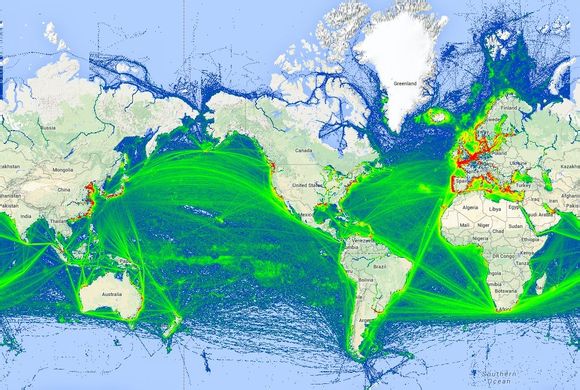 Since 2013 China has surpassed the US as the world’s largest trading goods, however, the overall share of our import and export cargo shipping company carriage of low long-term maritime services and services trade deficit state. Urgent need to enhance the regulatory capacity of shipping, to promote the development of China’s shipping industry.

December 2015, the State Council approved COSCO Group and China Shipping Group restructuring. February 2016, the Ministry of Commerce Antimonopoly Service approved the COSCO Group and China Shipping Group merger. February 18, 2016, China Ocean Shipping Group Co., Ltd. was formally established in Shanghai. Currently the two companies are still seeking approval from the US and EU regulators. According to regulatory requirements, a company can not span two long-term alliance. COSCO and CSCL belong to different alliances. To get the deal approved by overseas regulators, the company must have quit the original alliance.

April 26, 1956, between American businessman in New York Harbor to the Port of Houston, opened the first global container routes. Container changed the world. Over time, the container shipping market competition increasingly fierce. Ship more and more serious excess capacity, tariffs record lows, for many years a large number of shipping companies on the verge of losses or bankruptcy. Mergers and alliances become a common means of competition, competitive shipping market competition both between shipping companies, as well as shipping Union.

April 29, 2016, CMA CGM Group announced the acquisition of the company NOL Group has been approved by the European Commission, American President Lines NOL Group subsidiary will exit the G6 Alliance.

Sure enough, May 5, 2016, Yangming will form a new chairman for the first time confirmed the ISF, and has signed a memorandum of cooperation with Hapag-Lloyd, NYK, Hanjin Shipping, Mitsui OSK and Kawasaki Kisen.

As of May 7, 2016, in terms of global share, 2M Union occupied 27.9%, accounted for 26.4% of marine league, the newly formed alliance occupy 21%. Three Union together accounted for 75.3% of global market share, shipping consortium hegemony evolved into the semi-finals of the three pillars of the pattern.

Affect shipping Union involved in all aspects of the supply chain. For shippers, on one hand, shipping alliance allows shipping companies to provide the lowest quality of services possible; on the other hand, after the market concentration increase, the owner of the bargaining power will decline further, shipping company may use its increased market control damage the interests of the owner of the force. For ports, the shipping alliances and large ships will change the layout of the trunk and branch in Hong Kong harbor, harbor such centralization trend strengthened. In order to attract berthing, ports may be forced to increase investment and accept lower service prices, which have a negative impact on port development. Shipping for small and medium enterprises, on the one hand, shipping Union will increase the business risks of small shipping enterprises, small and medium enterprises will be shipping out of the trunk market; on the other hand, increased demand for regional transport, but also for small and medium enterprises to provide shipping the new space.

June 2013, the world’s three largest container shipping company Maersk, Mediterranean Shipping and CMA CGM announced plans to establish P3 alliance. June 17, 2014, China’s Ministry of Commerce issued “on the Prohibition of Maersk, Mediterranean Shipping CMA established network center operators to focus on anti-monopoly review of the decision announcement,” explained the reasons for rejection P3 Union: 1) the transaction is formed the compact associated with traditional shipping loose coalition have substantially different. 2) Counterparty total share up to 46.7% of capacity, capacity consolidated control of the market significantly enhanced. 3) Asia – Europe trade container liner shipping services market will become more dispersed highly concentrated market structure will change significantly. 4) The transaction will further push the relevant market entry barriers. 5) development may squeeze other competitors and weaken the bargaining power of shippers and ports. Eventually, the Ministry of Commerce as “concentration of business operators formed a close-affiliated party transactions in Asia – may eliminate or restrict competition European routes container liner shipping services market participating undertakings can not prove that the concentration on competition favorable significantly greater than the impact of the adverse effects or to public interests “as an excuse to prohibit the concentration of business operators this.

Previously, P3 has won the league under review by the US Federal Maritime Commission and the European Commission.

That is the reason for this situation lies in the different regulatory route. Europe has been able to through the review, it is because the P3 alliance as a monopoly agreement, using the ex post regulation approach. According to China’s “anti-monopoly law,” the Ministry of Commerce will P3 Union as a concentration of business operators, using the pre-notification of the way.