How the global shipping industry will develop in 2016 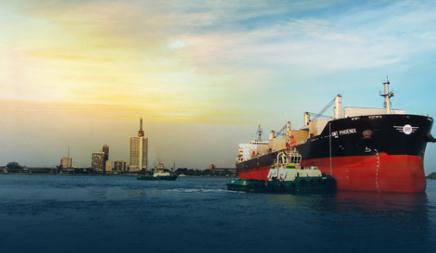 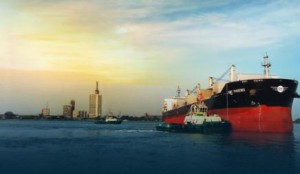 With the coming of 2016, the development of the shipping industry has become the focus of attention. Clearly some of the shipping companies will remain difficult, while the rich capital of the company may seize the rare opportunity. It can be expected that the integration will also become the next one year, one of the characteristics of a sustained.
Recently, mol, chief executive officer Ikeda Juniro in his new year’s speech, said shipping industry prospects for recovery is minimal, Mitsui OSK lines for the next 12 months almost do not report optimistic expectations. Review 2015, oil prices have fallen sharply, to nearly 11 years low become the decisive factor in the past one year for the development of the market, and the political situation in the Middle East tension makes the earlier this year Brent oil prices reached $37.99 / barrel, an increase of 1.9%. In this regard, most analysts do not believe that the 2016 oil prices will continue to rise.
The oil price downturn also makes the owners of mixed. Lower oil prices means lower operating costs, the current fuel prices are still maintained at 170-180 U.S. dollars / ton level, the past 10 years, almost never appeared at low prices. At the same time, oil field because of falling oil prices benefited. In 2015, tanker owners enjoy the best since 2008 of the year. As of the end of 2015, the rate of VLCC is still maintained at $100000 / day level. However, how long can the tanker market prosperity is still a problem. Although the market remained strong trend, but with the more and more orders for new ships signed, the hearts of many people in the industry, has sounded the alarm, think this one strong trend after the one quarter of 2016 or the second quarter will not last.
Although the oil industry has become the main current of gold in the shipping industry, but the field of marine sustained impact of low oil prices. In the past year, the profits of marine and drilling platforms have dropped significantly, and many of the orders have been withdrawn, and some of them have been on the verge of bankruptcy. Future one year, due to the continued downturn in the petroleum trade, marine vessels and rigs needs is expected will further reduce the cash flow will be the one in the field of many companies the most attention is the most urgent problem.
For the bulk transport industry, the market outlook does not seem bright. With the public commodity market bubble burst, China’s demand is reduced, the market demand is also continuing to reduce. Although no one would like to see, but in December last year, the BDI index broke the lowest record, the record was the lowest since the establishment of the record, as of the end of the year is only sustained at 478 points. Outlook 2016, continued weakness in the growth of market demand, the continued expansion of transport capacity is greater than the demand for the owners to be optimistic about the market. Among them, a few years ago, the goal of becoming the world’s largest bulk carrier Bulkers Scorpio, but also in the last year to sell 5 Cape of Good Hope bulk cargo ship, exit the market.
The cargo market in the first half of 2015 outstanding performance, but in the second half of the year are still struggling in the storm. Due to the cargo demand is lower than expected levels, and a spike in new ship capacity on the market, especially a super large ships to enter the market of container shipping rate is caused by downward pressure. Economies of scale will become a key issue in 2016 transportation industry, both in the ship size, or in the company size. Integration will become the most important features for future one year in the cargo market and CMA CGM acquisition Neptune Orient Lines, COSCO and China Shipping merger will also become the 2016 cargo industry integration is key to the development. With the development of enterprises increasingly difficult, the market environment remains in the doldrums, the next one year is expected to be sufficient capital enterprises to see growth opportunities.