Qatar diplomatic storm have a serious impact on the shipping industry 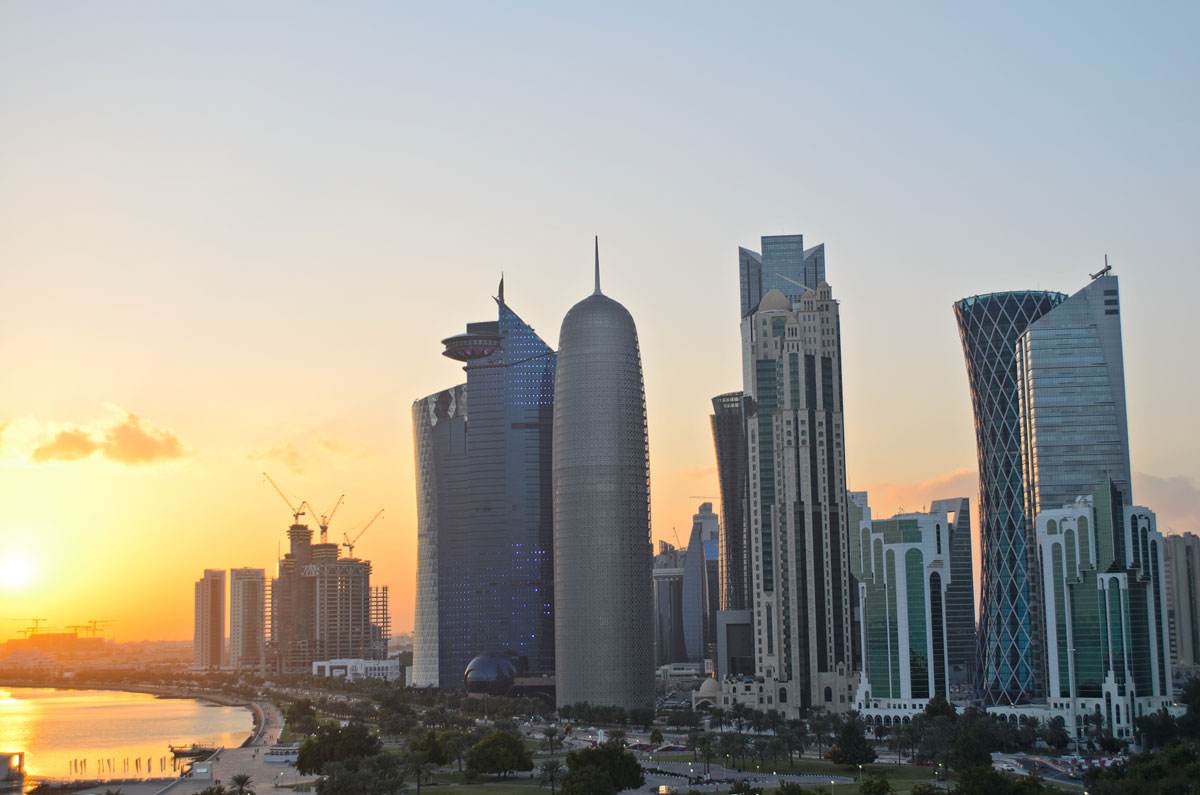 From 5 June, Bahrain, Saudi Arabia, Egypt, the United Arab Emirates, Yemen, Libya, Maldives, Mauritius and Mauritania have issued a series of declarations, announced the severance of Qatar and announced the closure of Qatar’s land, sea and air links.

Qatar is located on the southwest coast of the Qatar peninsula, the west, north, east surrounded by the Gulf, surrounded by Saudi Arabia, Saudi Arabia’s land border to become the main channel of imported goods. According to reports, 90% of the country’s food and living materials rely on imports, of which 40% from Saudi Arabia. The single land boundary between Qatar and Saudi Arabia is currently open, but may be closed at any time. At present, Emirates, Etihad Airways and Gulf Airlines all flights to and from Qatar have been canceled.

Usually, in terms of shipping, the goods in and out of Qatar are mainly two routes: the first, the goods through the other major port transit in the Middle East, such as Dubai’s Jebel Ali port, and then through barges or land transport to Qatar; The shipping company is directly affiliated with the port of Qatar, such as the port of Hamad.

Jebel Ali Port is the world’s largest man-made port and the busiest port in the Middle East. Hamad Harbor, formerly known as Doha Newport, has been fully operational since December 1, 2016, with a container throughput of 2 million TEU in Hamad Harbor and an annual capacity of 6 million TEU.

At present, the diplomatic crisis has affected the port business of the Arab countries, and the “shipping trade bulletin” is organized as follows:

Bahrain Ministry of Transport Port and Maritime Bureau has said that the port of Bahrain and territorial waters from June 6 to suspend the arrival of Qatar ships.

The Das Port Authority (UAE) is instructed that all ships flying the Qatar flag, as well as all ships arriving from Qatar or destined for Qatar, are prohibited from entering any oil port in Abu Dhabi.

The port of Fujairah confirms that all ships destined for or arriving from the port of Qatar are “not allowed to be anchored in the UAE port” as part of the disconnection of the UAE and Qatar. The P & I (P & I) reported that these restrictions also took effect at the port of Jebel in the UAE.

After the crash, Saudi Arabia, the United Arab Emirates, Bahrain and Egypt all ships to and from Qatar were suspended. Not only these short-haul routes are affected, but also for the current development of the Middle East route ocean shipping companies are also affected.

On June 6, Maersk, the world’s largest container shipping company, said it would not be able to ship goods to and outside Qatar in the case of Arab countries’ trade restrictions on the Gulf countries. “The current Maersk Line confirms that it will not be able to transfer Qatar’s cargo from the port of Jebel Ali,” Maersk Line said, “Maersk Line will inform customers of other options as soon as possible.”

June 5, COSCO Shipping Cargo released on the delivery of Qatar cargo risk tips. The indication that COSCO Shipping will be transferred to Hamad Harbor may not be guaranteed; goods that can not be guaranteed to be in transit may result in port change or return. The current MEX3 route may be changed due to force majeure. Of the direct; Qatar local trailer may be unstable, heavy box backlog, demolition slow progress and so on.

The cost is rising

After the latest developments, the loading of crude oil and petroleum products in the Middle East may be affected. If the ship is to be anchored at the port of Qatar, the owner can now ask for higher freight. “If it is not allowed to dock in the port of Fujairah, these ships will have to load fuel in Singapore.” This could in turn push up Singapore’s fuel prices, “a tanker broker added.

According to Thomson Reuters Eikon’s shipping data, about six tankers from Qatar that loaded crude oil, chemicals and liquefied natural gas (LNG) had left the UAE waters or stopped on the high seas without docking at the dock of the UAE and Saudi Arabia. Vessels starting from Qatar usually supply fuel to the port of Fujairah before departure, which is the largest marine oil port in the Gulf region. Which makes the owner and the vessel rental side had to do their logistics plan for their ship. Shippers and traders said that cargo ships wishing to supply fuel to Fujairah were forced to divert to nearby regional ports, or Pakistan, Sri Lanka, India, and even as far as Singapore, could be delayed and costly The

The route is closed

And for the owner, this is a sudden disaster.

After the major Arab countries broke off with Qatar, Qatar’s aluminum exports were blocked. Qatar Aluminum annual production capacity of about 610,000 tons of aluminum, most of its products exported to Asia, Europe and the United States. Its raw material imports and exports were mainly through the port of Jebel Ali, the United Arab Emirates, but the port was closed from all the Qatar cargo from the morning of 6 June.