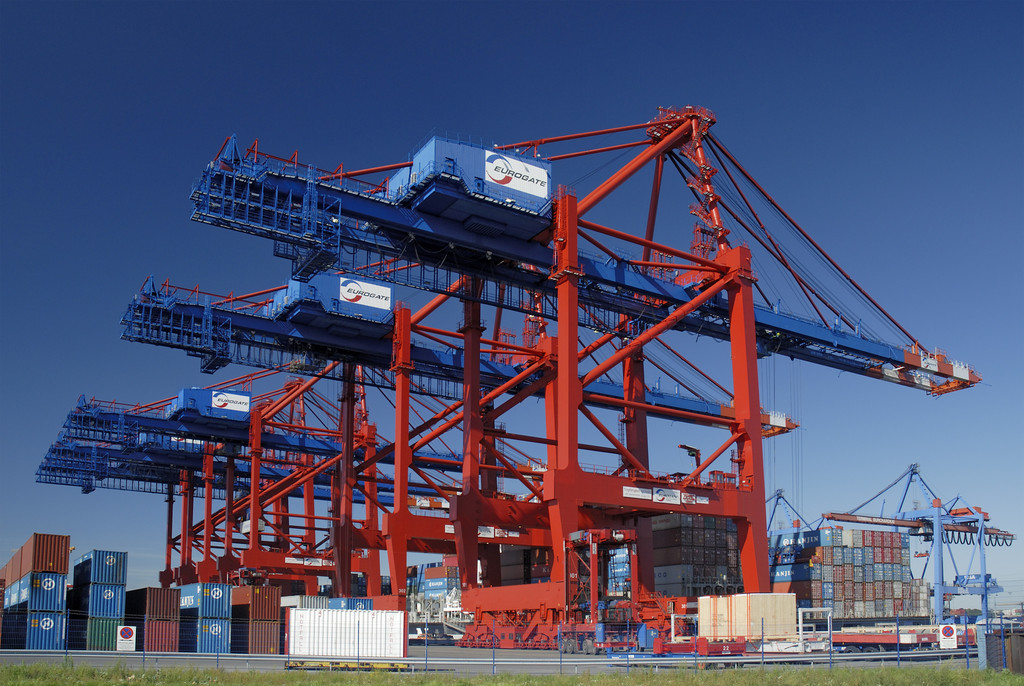 A shares of the port and shipping sector also appeared to move up the collective, Rizhao Port, Tianjin Port, China Merchants ships have risen, Dalian Port is the daily limit for three consecutive days.

There are three main reasons for this: First, the Chinese shipowners used to focus on shipping before the Spring Festival; Second, Europe and the end of each year will usher in the “Christmas Quotes”; Third, the major shipping unions consistent with the removal of the ship, , To ensure that the end of the traditional peak season tariffs at a high level.

However, a number of COSCO Group said that the explosive warehouse situation is mainly from the beginning of late October, and now for the Christmas exports have been basically completed the delivery of goods, the current carrier rate of 89%, but the industry still want to seize the end of the year Of the opportunity to increase tariffs, after all, before falling too much.

“From the current data, the external economic and trade environment has not been much improvement in the transport capacity surplus still exists in 2017 after the tariff may be callback.” Shipping expert Chen Yi analysis.

Shipping is divided into container shipping and dry bulk shipping, freight rates have emerged in the near future, which is related to the arrival of the traditional peak season.

Container shipping, in addition to the Chinese shipowners used to focus on shipping before the Spring Festival, Europe and the United States is about to usher in “Black Five”, Christmas and other major festivals, businesses also need to advance stocking. The major domestic ports and even once the situation of explosive warehouse.

Shenzhen, an international shipping company ‘s salesman said that some of the recent traffic lines do bursting, they have raised the offer, “the increase is the line to the Americas, Christmas is coming, a lot of shipments.

Shenzhen Jiu Fang Chen Jian, general manager of International Freight Forwarding Co., Ltd., said the market position is indeed tight, prices are raised, but not so exaggerated. “There is a price increase of 20 percent, this time of year are the most popular season of shipping, so the price rise is the normal market conditions.

The freight index released by the Shanghai Stock Exchange showed that as of November 11, China’s export container freight index closed at 763.78 points, up 1.4% from the previous week. Europe, the United States East, the United States and the West, China Hong Kong, Southeast Asia, Australia and New Zealand, East and West routes have different degrees of rise.

In addition to the above reasons, the end of this year, the phenomenon of shipping warehouse explosion also with the entire industry in order to improve the tariff insurance profits.

As the current concentration of the global shipping industry is relatively high, the top ten industries accounted for 60% to 70% of the world’s capacity, so in the traditional peak season, the major shipping alliances have chosen to withdraw ship, reduce the cabin, and strive to ensure that the end of the tariff is High level.

Dry bulk shipping, reflecting the degree of international trade boom BDI (Baltic Dry Bulk Index) rose 7.29% on the 11th. BDI index continued to rise this week, following the February 2016 refresh the historical low of 290 points, as of now has risen 267.24%, a record high this year.

The BDI index is an important freight rate calculated from the spot freight weightings of several major routes and reflects the global market demand and supply of primary commodities such as minerals, grain, coal and cement. The BDI index is mainly affected by Large dry bulk cargo ship capesize ship prices rose to promote.

Chen Yi pointed out that every winter, domestic enterprises will have Dongchu demand, leading to iron ore, coal and other import demand will increase, the demand for shipping will increase, such as Qinhuangdao is now shipping coal vessels is the previous two Times.

General Administration of Customs data also show that the first 10 months of this year, China imported iron ore increased by 8.9%, coal increased by 18.5%, 2.1% increase in steel, unwrought copper and copper increased by 7%.

Unfortunately, the end of the “explosive warehouse” does not mean that the entire shipping industry has turned for the better.

In fact, the first three quarters of this year, the global shipping market downturn, not many shipping companies to be profitable. Even the world’s largest container shipping company Maersk’s profits fell by 44%, including a loss of $ 116 million container business. Maersk also expects full-year profits to be less than $ 1 billion in 2016, well below last year’s $ 3.1 billion.

“This year is the shipping industry is very special year.Hanjin bankruptcy for the whole industry is a big shock, and so far this year, the global occurrence of a number of maritime mergers.” Shenzhen, a senior logistics manager Liu Xin said the industry downturn because of excess capacity, more accommodation, the tariff fell sharply, the major shipping companies are fighting prices. However, Hanjin bankruptcy, many shipping companies take the initiative to reduce the number of vessels, the initial estimated capacity of the entire industry reduced by 10% to 15%.

National League Securities analyst Chen Xiao said that the long term, judging shipping has been a full recovery is still too early, mainly the shipping industry supply and demand fundamentals and no fundamental improvement.

At the recent annual meeting of the International Chamber of Shipping, COSCO Group Chairman Xu Lirong frankly, due to the shipping industry supply and demand awareness weakening, 2011 to 2015, the average investment in shipbuilding more than 100 billion US dollars, sustained capacity expansion, Leading to a serious imbalance between supply and demand, as of 2015, the global excess capacity of dry bulk capacity of more than 30%, 25% excess container capacity, oil tanker capacity surplus of 20%.

However, there are shipping advisory body that the next few years, the slowdown in ship supply growth, coupled with a modest improvement in maritime trade market outlook is expected to lead to long-term excess capacity of the bulk of the market situation eased. Shipping and port two plates is expected to remain strong.

Another analyst said, BDI strong or with the global return to infrastructure and other industrial investment expectations. The recent market for the next US President Trump’s “3.8 trillion US dollars in infrastructure investment” is expected to be high, if Trump keep its promise for the entire shipping industry will be positive.

November 16 inter-bank foreign exchange market, the central parity of the RMB exchange rate of 1 US dollar 6.8592 yuan. This means that the renminbi central parity has been cut for 9 consecutive days, the highest since December 2015 the longest falling cycle.

The depreciation of the RMB against the US dollar in the role of foreign exports, Chen Yi said that although the RMB against the US dollar continued to depreciate, but the depreciation of other currencies is not significant, the overall impact on foreign trade is not great. However, for those low-profit traditional export enterprises, really feel the real benefits of the devaluation of the renminbi.

Shenzhen, a small business owner of electronic components factory Zhang Xing (a pseudonym) revealed that this week, he opened his eyes every morning on the exchange rate website to see whether the devaluation of the renminbi. “For our small companies, the impact of the exchange rate is still relatively large.Our products in the profits of about 15%, for our labor-intensive industries, this figure is not high, not too low.”

Two or three days ago, a Turkish customer paid 120,000 US dollars of money, Zhang Xing did not willing to take out, but to stay in the foreign exchange account, ready to wait and see. He estimated that, compared with the recent exchange rate of “1 US dollar against the yuan 6.6 yuan,” compared to 120,000 US dollars to make their company earn almost 30,000 yuan, though small, but also enough to pay six workers a month Salary.

Obviously, the long term, the real impact of the enterprise is still able to develop new products, whether the product value and profits.

Liu Xin, who often deals with enterprises, also expressed cautious optimism: “The added value of China’s exports is generally low, many companies really orders the price and cost almost, their profits from the tax rebate.The devaluation of the renminbi will indeed increase their profits, But once the expected depreciation of the renminbi is stable, foreign customers who know China may be under pressure. “