Matson , the most profitable shipping companies in 2016 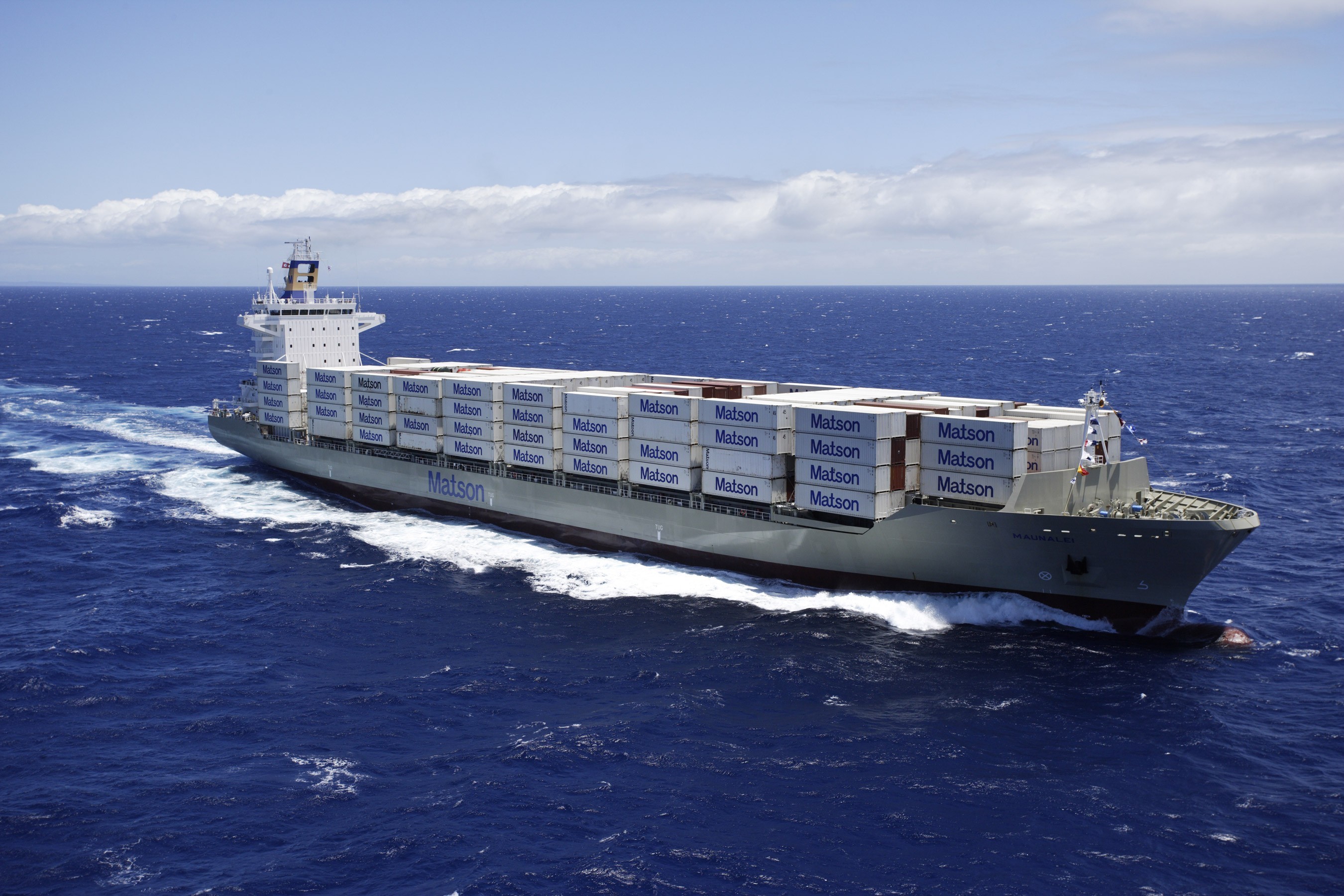 Mason Shipping (NYSE: MATX) released 2016 annual results: net profit of 80.5 million US dollars, equivalent to 5.536 billion yuan. Up to now, this is the most profitable container shipping company in 2016.
This result, even the industry giants is also the United States on the line, “Big Brother” Maersk shipping are ashamed. Maersk Line in the 2016 earnings report in the disclosure of $ 376 million.
In fact, the Mason steamship is always taking a different path. In recent years, the shipping market in the past few years, Mason can still remain profitable, and Wanhai shipping only regional line of business model is similar, but Mason has its own secret: not low-cost competition, do not agree with the construction Big ship.
Meisen Steamship Vice President (Asian business) High strength, said the ship is now the greater the greater, more than between the shipping companies are merged, in fact, are bigger. Through the bigger, high market share, as if become strong, in fact, many times this is wrong. The density of the shipping industry depends on the density of the supply, while the quality of the service should be in the resources to have strength. Otherwise it will form a large and weak, wide and weak.
When the industry raises the Mason ship, it may be the first to think of the ship’s schedule, fast, high tariffs, clothing, American background and other labels, but it seems very little to explore the shipping company in the west to Hawaii, Guam, Alaska How to make money on the route. In the Maersk, Dafei, Evergreen and COSCO sea and other US giants view, the US Sen ship is a small share of a single shipping company, but in fact the Mason ship in Hawaii about 2/3 of the market share, Guam Of the market share is reached nearly 100% in Alaska is also 50%. In addition, because of high tariffs, it is in the transport return when the goods have been profitable.
Mason ships or a “very radical” shipping company, in addition to the United States Long Beach to provide free trailers and one-stop service, once encountered extreme weather conditions can also enhance the speed. This is hard to do in the industry. To know, fuel consumption and ship speed is positively correlated.
One full-time to do the US West route of the industry: “Mason ship last year’s performance has been very eye-catching, from the traditional is the fourth quarter is more popular, after the Spring Festival in March last year after the beginning of a period of apprehension of time, But in the second and third quarters of the obvious turn in. And in terms of price war, the United States Sen this shipping company, seems to have never been to meet the opponents on the market, very little price reduction, which is still very admirable.
Another industry veteran who believes that “the size of the shipping company is different, business model and profit model is different. One big shipping company and one of the relatively small but very fine shipping companies in the face of market impact and When the problem is, the way of thinking is not the same, it is hard to say that the shipping company is not doing a good job.
In the long history of the past long shipping, each ship company’s roads are full of thorns, many shipping companies in the process of making the ship on the road, always forget to appreciate the way that memorable scenery. Which in the end is one made “ship” of the times, or one made “shipping hero” era? Those low-key to “escape” from the shipping media outside the line of sight of the shipping company, in the end is really low-key, mediocre, or in the shipping rivers and lakes on their own legend? Performance is the best proof.
Some companies rely on economies of scale to make money; some companies rely on financial subsidies to make money; some companies rely on government subsidies to make money; both state-owned or private One of the shipping companies in the shipping winter have their own heating methods, but the “radical” approach is always admirable.