Top 10 predictions for the shipping industry in 2020 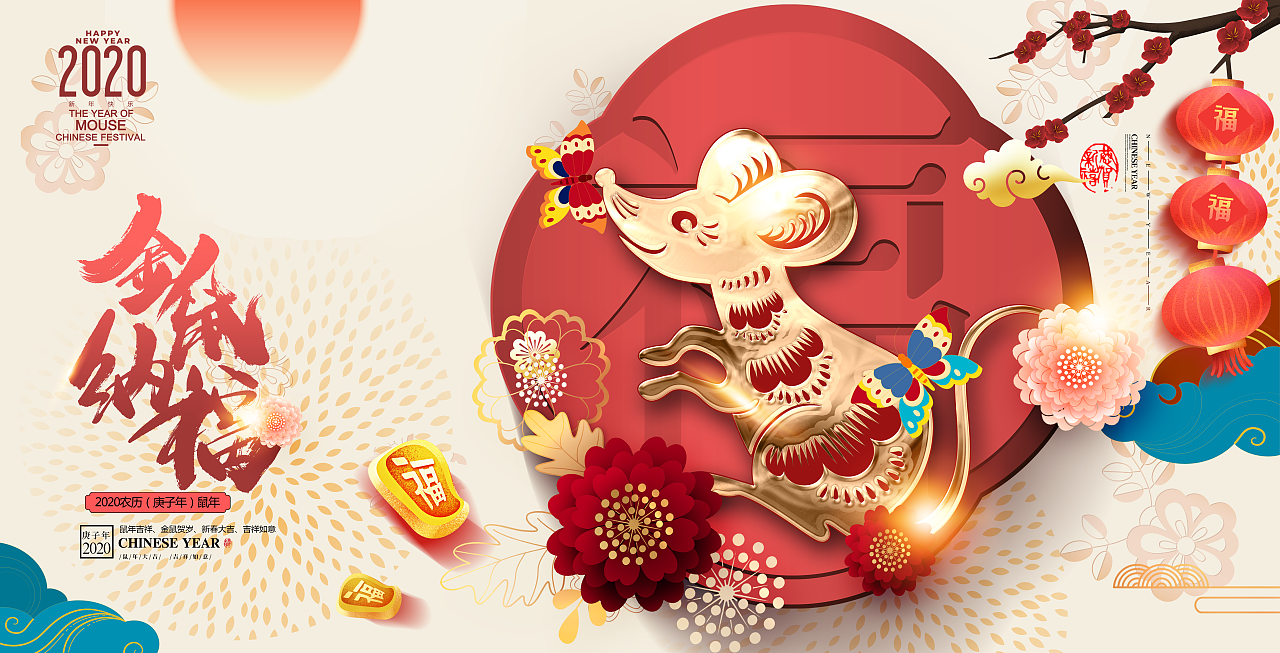 In the turmoil and change, the shipping industry bid farewell to 2019 and usher in a more challenging 2020.

In 2019, Sino-U.S. Trade frictions continue. Although the agreement was signed at the end of the year, the outlook is still unpredictable.

In 2019, the debate on the sulphur limit order has not stopped. After the formal implementation phase of 2020, the shipping industry’s emission reduction prospects are full of difficulties.

In 2019, shipping companies frequently expand upstream and downstream, freight forwarding companies are busy acquiring and being acquired, and port companies are embracing 5G. Will these trends continue in 2020?

We specially invited ten industry experts to deeply predict the shipping market in 2020.

The Sino-US trade friction is one of the biggest variables in the current global trade pattern and even the economic pattern. It has also suppressed the prospects of the shipping industry.

Specifically, for the container transportation market, the United States has less space to reduce the import of goods from China, and it is more difficult; China is likely to increase its imports of goods such as American motors, electrical, audiovisual equipment, and industrial equipment products.

Continued arguing over the IMO sulfur restriction order for more than a year, and finally came to the point of formal implementation on January 1, 2020. However, the issue of surcharge collection, compliance oil supply, environmental protection of the desulfurization tower, and exemption during the implementation period have not yet been determined by the end of 2019.

The latest news is that on December 19, 2019, the five-nation council of the Eurasian Economic Union, including Russia, Kazakhstan, Kyrgyzstan, Belarus and Armenia, decided to postpone the implementation date of the new IMO sulfur restriction regulations by four years. However, before this, the IMO has made it clear that it is impossible to delay the implementation of the sulfur limit order.

It is conceivable that in 2020, the sulfur restriction order will move forward in a huge controversy. This may also be the norm for the shipping industry to implement environmental protection policies in the future.

In the past three years, IMO member countries, the shipping industry and fuel suppliers have been working tirelessly to prepare for major changes in the fuel sulfur content of ships.

I believe that the industry will soon feel the benefits brought by the new regulations and the implementation will go smoothly, which will have a huge positive impact on human health and the environment.

In 2020, there is nothing that shipping companies want to achieve most is “low sulfur oil freedom”.

With the official implementation of the IMO Global Sulfur Restriction Order, as the main compliance method, the supply and demand of low-sulfur fuel and price trends have attracted much attention from the industry. As of December 2019, the price of low-sulfur fuel has reached a new high in the last seven months. On the demand side, from January to October 2019, Singapore ’s consumption of low-sulfur oil surged 337%.

It is worth noting that at present, there are still some problems in the supply and safety of low-sulfur fuels, which are likely to cause ship accidents, and special attention should be paid to them.

In the future, in the face of the global demand for marine fuel oil of 200 million tons per year, it is estimated that in 2020, the global supply gap of low-sulfur fuel oil may be as high as 40%. In addition, the market for mixed low-sulfur fuels is still immature, because of the different sources of raw materials, facing quality concerns.

It is expected that in 2020, marine low-sulfur fuel oil will face many problems such as high prices, unstable quality, and restricted supply ports.

Sären Toft, formerly Maersk ’s chief operating officer, was once considered a popular candidate for Maersk ’s next CEO. What was unexpected was that in November 2019, Sauron Toft staged the “strongest job change” and went to Maersk’s rivals as CEO of the Mediterranean shipping container transport and logistics business.

What’s more interesting is that before Sauron Toft, Mediterranean Shipping never hired professional managers outside the family to hold important positions in the company’s container shipping field. Does this herald a change?

NetJanet Porter, Chairman of the Lloyd’s Daily Editorial Board:

The reason why the industry cares about Soren Toft’s prospects is, in fact, more concerned about the strategy of Mediterranean shipping.

There is a speculation that the younger generation of the Abend family (Mediterranean Shipping founding family) is more focused on the cruise business because, in contrast, the shipping industry has lower profit margins and increased risks and uncertainties.

Of course, this is just a speculation. In any case, Soren Toft’s every move in 2020 will attract much attention. However, if new problems arise, it does not rule out that he may return to Copenhagen with inside information.

In 2019, the Digital Container Shipping Alliance (DCSA), an industry standardization organization initiated by Maersk, Mediterranean Shipping, Hapag-Lloyd and ONE, was established. In early 2020, the Global Shipping Commercial Network (GSBN) with the participation of port and shipping companies such as COSCO SHIPPING, CMA Group, Shanghai Port Group and Qingdao Port Group will be established as a non-profit joint operation.

At present, the development ideas of industry digital alliances are similar, but they still have a lot of room for development. Because future competition is by no means a consideration of the gains and losses of a city and a pool, but that anyone can attack the city and gain the right to speak.

In this state, some companies will participate in multiple alliances. This is normal, because they can share the results of the two alliances. This also shows from a side that similar alliances are not mutually exclusive.

On the contrary, at this stage, everyone is still exploring, and can even refer to each other and learn from each other as peers on the unknown journey.

How the shipping industry embraces 5G

In 2019, China will start the 5G commercial road and officially enter the first year of 5G.

In the shipping market, 5G first embraced the port industry. In the tide of smart port construction in China, 5G technology is playing a “catalyst” role. As a leader in 5G technology, Huawei has established the Port and Water Transport Development Department, and has successively cooperated with Shanghai, Guangzhou, Tianjin, and Qingdao ports to build 5G ports.

10In October 2019, Huawei, Zhenhua Heavy Industry and other companies also jointly released the “5G Smart Port White Paper”, which aims to accelerate the application research and project implementation of 5G in ports.

Port is a natural application scenario for 5G. Because the port is relatively closed and the vehicles running are relatively standard, it is suitable for applications such as 5G or driverless technology.

In the future, the speed and level of intelligent development of ports will become core competitiveness.

Huawei hopes that by cooperating with the port, it will set a benchmark, and in the future, the innovation achievements can be replicated and promoted nationwide and even globally. At present, many leading ports around the world are also conducting similar explorations, and ultimately it depends on who can produce results first.

But there is a question that has been lingering in many people’s minds, that is, do we still have to keep refreshing the load record? When will the size of container ships end?

At present, from a technical point of view, whether it is designing or building a very large container ship, there are no substantial problems.

However, if the container ship is to be further developed, at least two conditions need to be met: the first is the improvement of global trade and the second is the upgrading of port hardware facilities.

In addition, the further development of very large container ships also depends on whether shipping companies are interested in larger container ships. For now, this interest seems to be gradually diminishing.

With the implementation of sulfur restrictions and strict carbon emission regulations, the environmental protection “tightening curse” of the shipping industry has tightened a few more times. In this context, the R & D enthusiasm of shipping companies for new environmentally friendly fuels continues to rise.

In 2019, giants represented by Maersk and CMA CGM conducted biofuel tests. After the completion of testing of its ships, CMA Group said that advanced biofuels can meet current and future environmental regulations and emission reduction targets, thereby enhancing the sustainability of the shipping industry.

Xin Jicheng, an expert in ship construction and market:

From a technical point of view, biofuels are suitable for almost all types of marine engines.

Compared with fossil fuels, sulfur oxides are basically not generated during combustion, and CO2 emissions are also lower. However, from the perspective of supply and demand, biofuels have not yet become the “protagonist” of ship power, nor can they fundamentally change the current energy pattern of the international shipping industry.

In addition, the liner companies are currently mixing low-sulfur oil with biofuels. The risk to the engine is unknown.

In 2019, the attitudes of major shipping giants towards the Arctic routes are polarizing.

Supporters represented by Maersk and COSCO Shipping may step up research into commercial applications or establish new companies to develop and operate. On the other side, including CMA CGM, Hapag-Lloyd, and Mediterranean Shipping have clearly stated that they will not explore or use Arctic routes.

For reasons to avoid Arctic routes, environmental protection factors are given top priority. However, related people in Hapag-Lloyd also mentioned that the Arctic route is suitable for navigation for a short period of time. At the same time, factors such as the draught of large ships and the ship’s ice class specifications must be considered. Therefore, whether it can create economic benefits needs to be verified.

The economics of a route depends largely on the utilization of container transportation. The navigation environment determines that ultra-large container ships cannot be used on the Arctic route. From this point of view, the Arctic route has not been able to compete with traditional routes for a considerable period of time.

The large-scale acquisitions of the international freight forwarding industry in 2019 continue, and giants such as CEVA and Panalpina have been acquired, which is even more unexpected. After this round of acquisitions, the strength of Dexun, DSV, Rhenus and other companies has been further strengthened, and the pressure on small and medium-sized freight forwarding companies has increased.

In the domestic freight forwarding market, under the combined effects of changes in the current foreign trade pattern, the expansion of shipping companies toward the supply chain, and the increasing predicament of the freight forwarding industry, some companies have difficulty operating, and integration and acquisition events may occur frequently. This is also a self-revolution in the field of freight forwarding in the new market environment, which will help the market survive.

China is likely to usher in a round of large-scale freight forwarding integration. In this process, Chinese companies ranked in the top 50 global freight forwarders are most likely to become the first batch of “forwarders”.